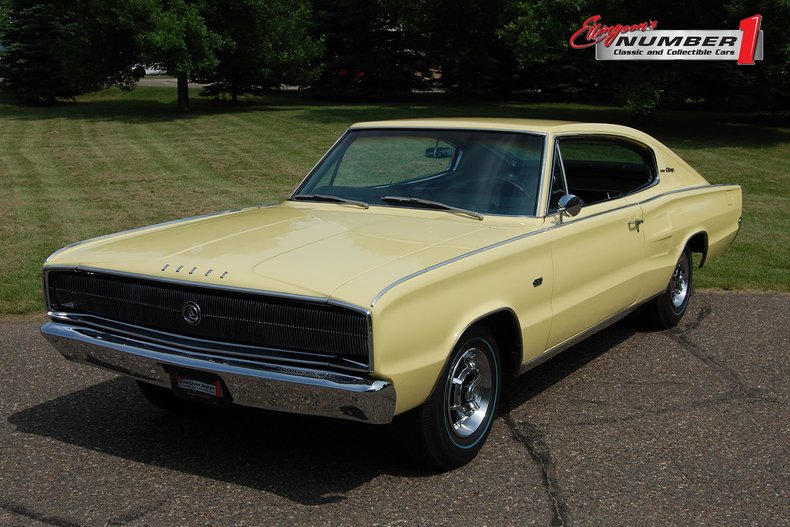 It only takes 4 letters to describe this 1966 Dodge Charger Fastback: H-E-M-I. That's right, this '66 Charger features the desirable and powerful 426 Hemi Engine with a 4 speed manual transmission. The 1966 Charger was Dodge's answer to the Fastback craze at the time. The reason why this Mopar is light on options is because this car was built and ordered for one purpose, speed. This 1966 Charger Street Hemi is essentially a Race Hemi in street clothing making it a total speedster for this era of American Muscle Cars. The black vinyl bucket 4-seat interior is in amazing condition and has front and rear center consoles. The soft yellow paint is in nice shape and appears to be a repaint in the original color. Chrome work on this Street Hemi is also in very nice shape.

All it takes is a quick phone call, email, or visit to our climate controlled showroom to be roaring down the street with a 426 Street Hemi in a 1966 Dodge Charger.